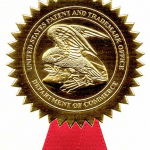 On January 10, 2013, a patent (US 8,546,985 B2) was granted by the United States Patent and Trademark Office (USPTO) of the United States Department of Commerce for the “Electromagnetic Motor and Equipment to Generate Work Torque” (the Keppe Motor) developed by independent physics researcher Norberto Keppe and engineers Cesar Soós, Alexandre Frascari and Roberto Frascari.

The technology was developed from the proposals put forward in Keppe’s book, The New Physics Derived from a Disinverted Metaphysics, especially the fundamental idea that matter does not give origin to energy. In Keppe’s scientific view, matter arises from a primary energy that exists in the universe, which Keppe has named Essential Energy.

The patent request was launched in the United States on May 21, 2009. The patent has also been granted in Mexico, and there are also requests under technical analysis in several other countries, including Brazil.

These patents granted in the United States and Mexico are proof of the Keppe Motor’s originality and technological innovation.