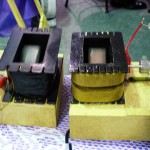 Keppe Motor: the Energy of Life, featured on Good and Green Radio

The Keppe Motor is a highly efficient motor that uses the principle of electromagnetic resonance to optimize its efficiency. It was developed by three researchers, Carlos Cesar Soós, Alexandre Frascari and Roberto Heitor Frascari, based on the discoveries of the scientist Norberto R. Keppe, set forth in his book The New Physics Derived From A Disinverted Metaphysics, first published in France, 1996. In this landmark book, Dr. Norberto Keppe outlines the basis for a new physics that transcends the postulates of Newton and Einstein and even the proposals coming from the realm of quantum physics. Keppe’s book is a bold and prophetic re-thinking of the essential building blocks of science that promises to lead humanity to profoundly higher levels of technological and social development. Keppe’s findings were the inspiration needed for STOP engineers Cesar Soos, Roberto Frascari and Alexandre Frascari to discover the method by which to capture the scalar energy perceived by Tesla (also referred to as essential or divine energy by Keppe), thereby side-stepping the traditional means used by all motors to this point. Richard Lloyd Jones, host of Thinking With Somebody Else’s Head and Cesar Soos join Susan to share information about the revolutionary Keppe Motor.