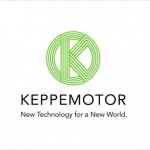 Eduardo Castelã Nascimento, Business Development Director – Keppean Scalar Motor -GOING OPEN SOURCE – The Keppe Motor allegedly requires a quarter as much electricity to generate power as a normal motor – by capturing scalar energy from the “vacuum” of space. It is named for Brazilian scientist, Norberto Keppe, Ph.D., whose book The New Physics Derived from A Disinverted Metaphysics proposes a spiritual-based direction for our planet’s technological philosophy.

According to the company, in the Keppe Motor the movement is mainly caused by the secondary component of electrical energy, which comes directly from the energetic scalar field of space, being that the electrical energy used is only to give a start to the process of capturing this energy. And as a consequence, because it has little consumption of electrical energy, the motor does not heat and because the energy it uses is in accordance with nature, it can benefit from it.

To move a fan that generally uses 60-80 watts, the Keppean motor utilizes only 3 watts, an energy consumption 20 times less than normal. The Keppe Motor never heats up even when using high voltage such as 110 and 220 volts. It can greatly reduce the consumption of the motor adding spirals in its solenoid being that a small battery of 12 volts and 1.3 amps lasted 48 hours turning a fan. The purpose of the Free Energy Now show is to explore specific cutting-edge, clean energy technologies in more depth, talking about how the technology works, what the potential ramifications are for the world energy needs, how it compares to other renewable energy solutions, and where the company presently is in the process of implementing the technology.

Sterling is the primary driving force behind NewEnergyCongress.org,FreeEnergyNews.com, PESN.com, and PureEnergySystems.com, which have been growing consistently, with increasing team participation.